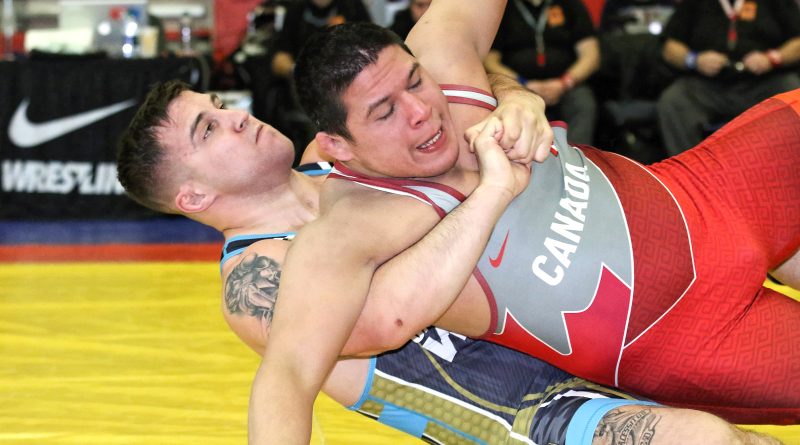 Lucas Sheridan (Colorado Springs, Colo./U.S. Army WCAP) has been selected as USA Wrestling Athlete of the Week on Feb. 25, 2020.

Sheridan, a sergeant for the U.S. Army, was instrumental in helping Army WCAP win its 19th-straight Greco-Roman and freestyle Armed Forces Championships titles.

Over the weekend, Sheridan won all six of his matches, tallying four pins and two technical falls without giving up a single point.

He earned pins over Mark Saunders of Navy, Diante Cooper of Air Force and Vaughn Monreal-Berner of Marines in Greco-Roman action.

Sheridan also notched another pin over Saunders in the freestyle dual, while scoring tech falls over Cooper and Monreal-Berner in the second day of action, 10-0 and 11-0, respectively.

In his four bouts that ended in pins, Sheridan spent collectively 3:05 on the mat.