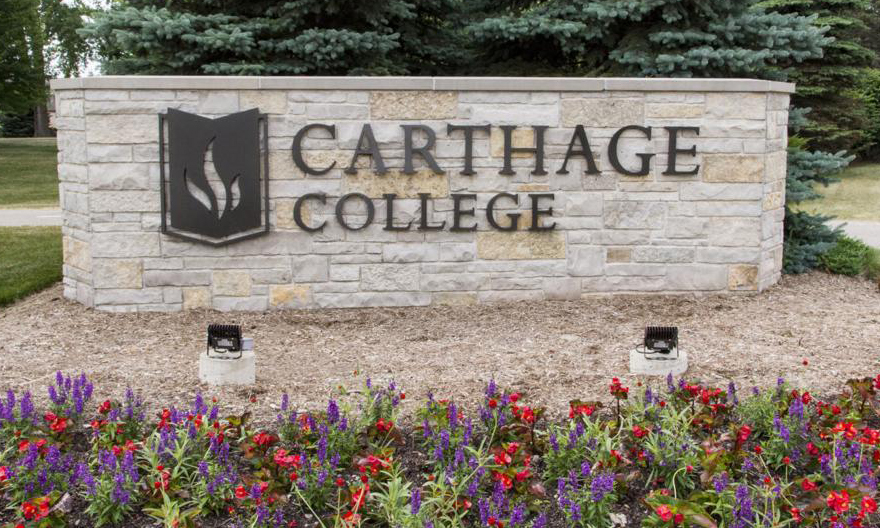 By: By David Nelson, Interim Assistant Director of Athletics For Communications

KENOSHA, WIS.— Carthage College will broaden its sports offerings in 2020-21 with the revival of men’s wrestling, and the addition of women’s wrestling and women’s bowling. These additions will expand the Carthage athletics department to 27 varsity programs.

“I’m thrilled that Carthage is expanding our sport offerings, as it continues our history of offering emerging sports that meet our prospective student’s needs. Adding men’s and women’s wrestling, along with women’s bowling, and increasing our focus on club and recreational sports will enrich our campus community,” says Michelle Manning, director of athletics at Carthage College.

Men’s wrestling will return to the Carthage lineup after a 26-year hiatus. The Red Men wrestling program, which began in 1961-62, will begin its new season with a 204-242-8 all-time record in dual meets. Carthage College Athletic Hall of Fame member Ron Zalokar ’95 was the head coach for all 33 seasons of the Red Men wrestling program. As of the 2018-19 academic year, 108 NCAA Division III institutions across six regions sponsor men’s wrestling.

Carthage College will contribute to the national expansion of women’s wrestling and women’s bowling.

Eighty-four NCAA campuses participate in women’s bowling, and Carthage will add its name to that list. Women’s bowling competes as one division known as the National Collegiate Bowling.

A national search for head coaches will begin in the coming weeks.

Carthage will also hire a club sport coordinator to provide structure for club sport athletes and to grow programs to meet our campus recreational needs. This position will focus efforts on men’s water polo, men’s and women’s ice hockey, and men’s bowling.