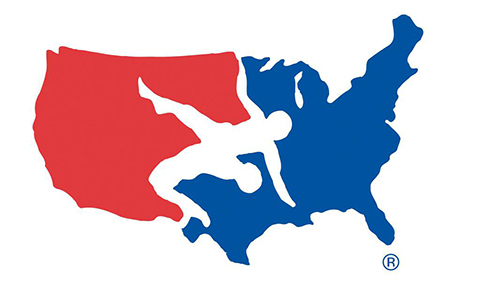 Nate Engel (San Jose, Calif./California RTC/Stanford University) has been named 2019 Greco-Roman Coach of the Year by USA Wrestling. It is the first time that Engel has won this prestigious award.

Engel works as an assistant wrestling coach for Stanford University, and serves as the director of the California Regional Training Center, which is affiliated with Stanford. The California RTC provides opportunities for both men and women in the international styles.

He also organized an international training camp in Finland with U.S. Junior Greco-Roman athletes in preparation for the World Championships.

Engel also served as a coach with the 2018 U.S. Junior Greco World Team at the Junior World Championships in Trnava, Slovakia. The United States had two Junior World medalists in 2018, silver medalist Andrew Berreyesa at 82 kg and bronze medalist Cohlton Schultz at 130 kg.

He regularly participates in U.S. Greco-Roman training camps for both Senior-level and age-group level athletes. Engel has coached a number of teams on international tours, including serving on the coaching staff of the 2015 U.S. Cadet World Greco-Roman team.

On the college coaching level, in his first season as a coach with Stanford, he helped lead the Cardinal to its first Pac-12 team title.

Engel previously served an assistant coach for the U.S. Naval Academy from 2014-18. He also held a coaching position with the U.S. Air Force Academy in 2013.

He was a nationally-respected Greco-Roman wrestler as a competitor, starting his international career training at Northern Michigan University under respected coach Ivan Ivanov. Later in his career, he was a member of the U.S. Army World Class Athlete program. Engel was a two-time National Team member in Greco-Roman.

Engel was the runner-up at the 2013 World Team Trials. He was also the Maccabiah Games Champion in both Freesyle and Greco-Roman at 55 kg in 2013, while taking home a bronze medal in 2017. Engel was also a University Nationals champion.

He won the 2012 Haparanda Cup in Sweden and the 2009 Sunkist Kids International Open. He took silver at the 2013 Haavisto Tournament in Finland and bronze medals at the New York AC International in 2011 and the S.A. Lavrikov Cup in Russia in 2013.

Engel was an All-American at Missouri Valley College and a four-time NAIA qualifier prior to his Greco-Roman career. His college career started at William Penn University. He attended St. Helena High School in California and Pasco High School in Florida.