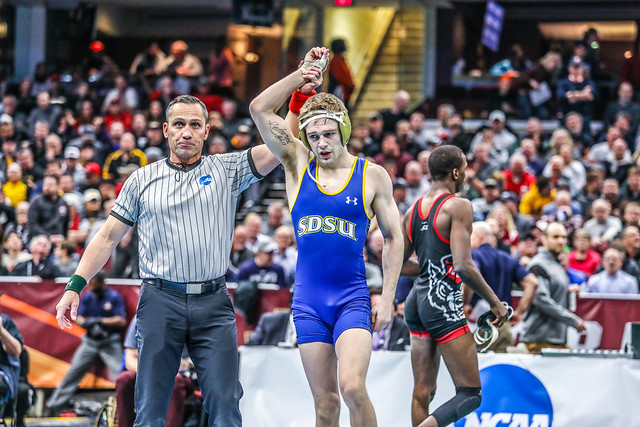 Seth Gross is reuniting with Chris Bono and Jon Reader.

The NCAA champion on Tuesday announced his plans to transfer to Wisconsin, where he’ll rejoin the coaches who guided him to the 133-pound national title in 2018 when he became South Dakota State’s first Division I champ.

Bono left Brookings for Madison shortly after the 2018 season and Reader, his top assistant, joined him. Now Gross is following the same path after spending most of last season on the sidelines.

Gross wrestled just one match last season — which was supposed to be his senior year — for South Dakota State before undergoing back surgery. He has not yet been granted a sixth season of eligibility necessary to compete next season for the Badgers.

“If the NCAA grants me the opportunity to wrestle next year I will be competing as a Wisconsin Badger,” Gross told h1storywrestling.com

“This was a big decision to make. Surprisingly, the toughest choice I had to make was not which school I wanted to attend but rather if I wanted to go back to college and compete or get a head start on my international career. I know at some point my days of competing will come to an end, so I made the decision after entering the transfer portal that if I went to grad school it would be a top school for one of my passions outside of wrestling, which is business.”