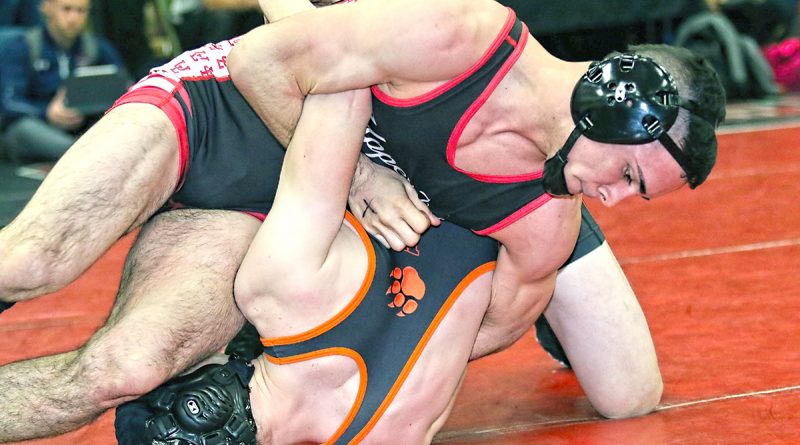 The best prep athletes from Sonoma, Lake and Mendocino counties were honored Tuesday night by The Press Democrat. The 25th annual All-Empire Awards ceremony named the Athletes of the Year and Scholar Athletes of the Year for 2019. Included were two wrestlers from Upper Lake High School.

Jose is a high-level performer on the football field and the wrestling mat — and he also owns his own show-cattle business. The 132-pound all-league and All-Empire wrestler placed fifth in the state this year, after winning North Central League II first-team all-league honors in football. His senior year was his best as a football player as well. He rushed for nearly 600 yards and was named to the first-team all-county team as a defensive tackle. Jose also worked nearly full-time while playing multiple sports, participating in Future Farmers of America and volunteering to help Lake County fire victims. He will attend Cal Poly-San Luis Obispo on a wrestling scholarship, and he plans to study ag business.

Adriana became the first athlete from her high school to win a state championship when she won her 121-pound weight class in wrestling after placing third as a junior. She’s a standout in two sports, having been named volleyball defensive player of the year twice for the Cougars. She has a 3.81 unweighted grade point average and has distinguished herself in her community, with involvement in FFA, her church group and visual and performing arts. She has volunteered at numerous community events and helped out people in need affected by Lake County’s devastating wildfires the past few years. She plans to study nursing at Campbellsville University in Kentucky — an NAIA wrestling powerhouse — on an athletic scholarship.